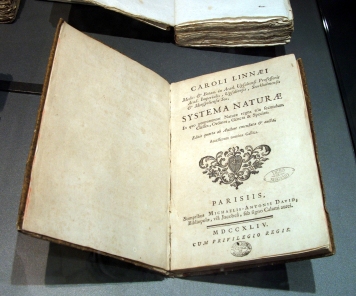 In the binomial naming system, every organism is identified by two names, a genus and a species. (There are some exceptions—see below.) That two-term name, sometimes known as the Latin name, scientific name, binomen, and a few other terms, is how scientists refer to living things—and is the way they should be referred to by people who work with scientific information, whether or not they are professionals.

As with most systems, there are rules, but they’re not difficult.

The genus name is always capitalized, and the species name or “specific epithet” is never capitalized. Both are always italicized. For example, Tyrannosaurus rex. That means that T-rex, T-Rex, Trex, Tyrannosaurus Rex, and all other variations, with or without italics, are wrong. T. rex, however, is just fine, and it’s common to abbreviate the genus name after an initial use and as long as everyone in the conversation knows what the abbreviation refers to.

In some cases, abbreviating the genus name is serendipitously convenient. C. megalodon could be Carcharodon megalodon or Carcharocles megalodon, which neatly skips over the fact that debate regarding whether C. megalodon  belongs to the Family Lamnidae or the Family Otodontidae has gone unresolved for about a century.

The genus and species are followed by the last name of the person who first described the species in a formal, published scientific paper. Next comes the date of that description. The author’s name and date are never italicized.

Take, for example, Bulla striata Bruguière, 1792, a member of the genus Bulla, a marine gastropod that has been around since at least the Cretaceous and still exists today. Bulla includes hundreds of species and is one good argument for binomial naming: Trying to refer to all 600 species by their common name alone—“bubble shells”—would be chaos.

The designation above tells us that Bruguière (Jean Guillaume Bruguière, to be exact, a French zoologist and physician) first described Bulla striata in 1792.

If the author’s name appears in parenthesis, the species was first described under a different name and revised or renamed by a later worker. Elanoides forficatus (Linnæus, 1758)—the swallow-tailed kite—is an example. Linnæus’s name is in parenthesis because he originally named this species of kite Falco forficatus; about sixty years later, another worker erected the genus Elanoides and put Linnæus’s kite into it, but Linnæus’s role as the first to describe the species is remembered in the way the name is written.

Not every scientific name follows these rules exactly. Some species have three names: Homo sapiens sapiens, for one: a genus, a species, and a subspecies. There are also varieties. A French worker studying Syrian Bulla, for example, concluded that a variety—different enough to warrant separation from all other Bulla striata, but not different enough to serve as the basis for an entirely new species—existed, Bulla striata var. minor Pallary, 1938.

Here are some additional common terms and abbreviations (many others exist):